It ain’t over ’til the Fat Lady Sings!

I went up to Dingo Beach the other afternoon to get a range of images so I could test out a Plug-in for Lightroom by the name of L/R Enfuse. The plug-in is an HDR plug-in put together by Timothy Armes and is available from The Photographers Toolbox. I have never been a big fan of HDR as a lot of images look a little weird to me but that is just a personal taste.
So far the results look pretty good and I will be playing with it for a while to get the best out of it. Here is one of the images I came back with. 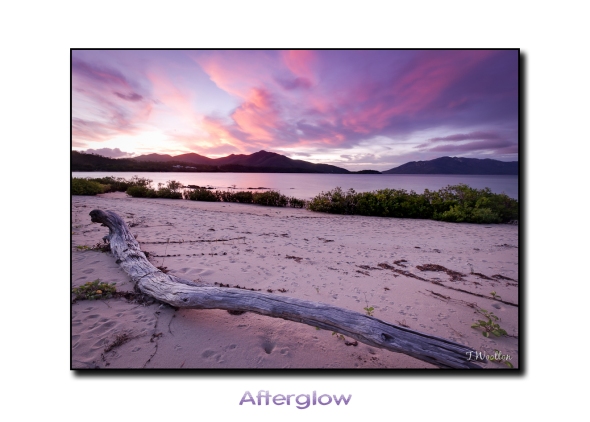 This shot nearly didn’t happen! I had been taking a range of images with a fairly un-inspiring sky. I wasn’t particularly worried as It was more about the process rather than the image this time. The sun had set and I waited for a while just in case. Judging that nothing was going to happen, I was in the process of packing up my gear when I looked up and noticed that a bit of colour was appearing in the clouds. Setting up my gear again I managed to get a couple of very nice images over the next 10 minutes.and it all faded as quickly as it had appeared!
The title of this post says it all!

This entry was posted on March 2, 2011 by islandimages. It was filed under Images, photography, Whitsundays and was tagged with beaches, L/R Enfuse, Landscapes, Lightroom 3, photography, skies, sunset, Whitsundays.