Your Family & Friends are important subjects!

Apologies for the long absence from the blogosphere although I have been checking you all out occasionally!

The reason for my absence is that my father of 92 years of age passed away about a month ago down in Tasmania. Luckily, I did get to see him before he went although he was not concious at the time.

It was while we were putting together some photos for his service that I realised that I didn’t have any images of him that I had taken and there were only a couple of images of us together that thankfully another family member had taken. There was also a long period of his life where there were very few photos of him at all which effectively meant that most photos were happy snaps taken in his early years or his later years!

After his service, I thought about this and came to the conclusion that peoples memories of him were his best legacy and it also made me realise that although I have been a photographer on & off for many years, I had always put people in the ‘too hard basket’ for various reasons.

So, I have resolved to try and become a better people photographer because most of us are guilty of taking our family & friends for granted and they won’t be there forever!

A couple of good friends of my father’s invited me to stay with them up at Cradle Mt. while I was there, so just to put things in perspective, I took them up on their offer. The Ellis brothers who I have posted about previously, are men from a different age. Tough as nails and with a body of  knowledge in their heads  that is slowly disappearing as one by one they pass on. While I was there, I had an opportunity to capture them in their environment and hopefully try to bring out there personalities on “film”. 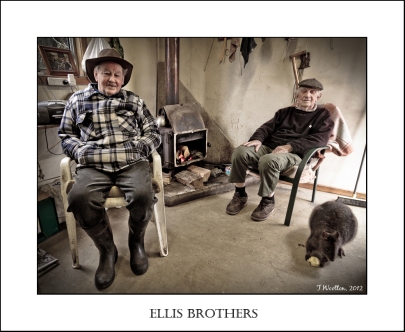 Mort & Alec live in a couple of spartan cabins right on the edge of the Cradle Mt Nat. Park. Along with their late brother Ossie they had extensive land holdings in the area which they have subsequently sold for tourism development. Surrounded by tourism accomodation, most visitors to the area don’t even know they exist. 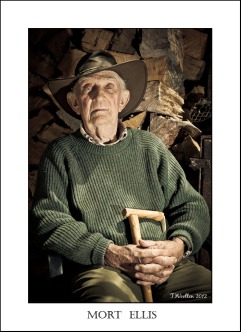 Mort is the oldest brother, 95 yrs young and still keeps himself occupied with making his own cheese and ínventing’ perpetual motion machines!  He has a great singing voice and is convinced that  all the woes of the world are caused by man’s greed for money. To listen to he & my father passionately debate this issue was an education in itself! 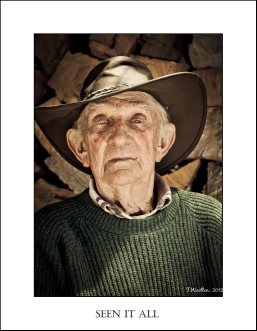 In spite of his advanced years he is still as sharp as a tack with a healthy sense of humour and a twinkle in his eye. Still drives his car down to the nearest town, which is an hour drive for most people, along steep winding roads at a very healthy pace! 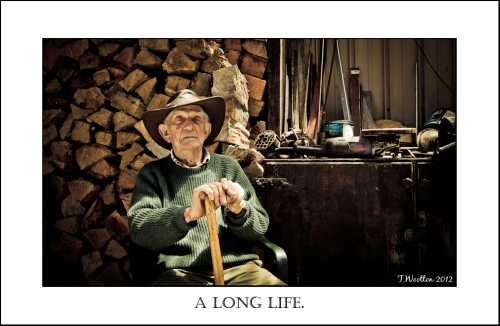 Alec, his younger brother lives semi-permanently in a cabin separated from Mort’s by a large machinery shed. Alec is the ‘entrepeneur’ of the family, he , along with Ossie saw the opportunities in the Cradle Mt. region many years ago and together they built the first commercial accomodation, built in the area, Pencil Pine Lodge. 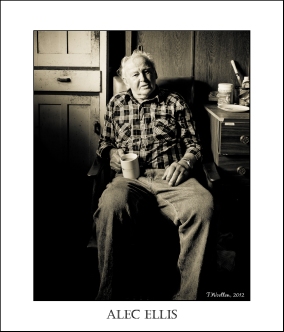 At heart, Alec is most happy when he is at the controls of an earth-moving machine of some sort and is always tinkering with something along those lines. His cabin is a single room shack that was an old Hydro shack he saw on the back of  a semi-trailer one day and later bought for around $100. 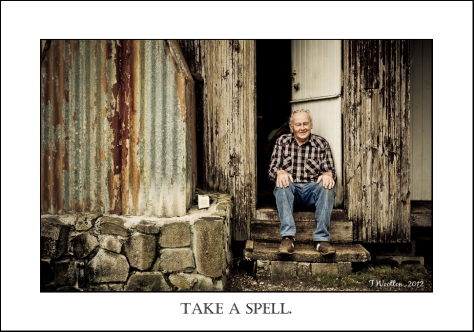 One of the worlds great talkers, (heaven help you if he calls you on the phone!) he knows everyone, has a great fund of stories and is always seeing new opportunities and has a heart of gold as well! 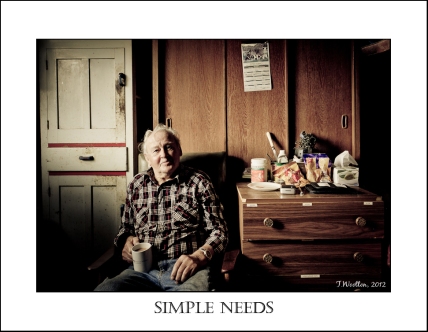 One day these two great old men will be gone, I am proud to have met them through my father and the world will be less for their passing. In the meantime, I hope I have captured them in a way that shows the essence of these two ‘old timers’!